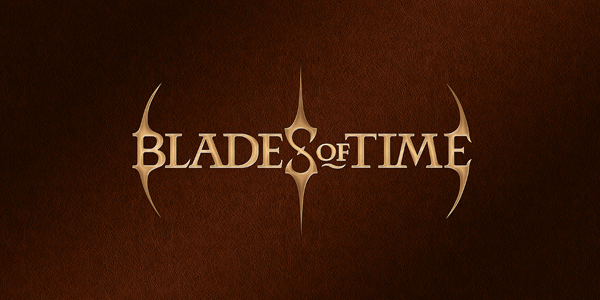 Blades of Time is a hack-and-slash action adventure title developed by Gaijin Entertainment following the adventures of a female heroine, Ayumi. While Blades of Time is considered the “spiritual successor” to the much ridiculed game X-Blades, the similarities begin and end with the main character. Gaijin Entertainment has mercifully created an entirely new game in the same genre; while still being a driven treasure hunter, Ayumi finds herself in “Dragon Land” hunting for the fabled treasures of the “Dragon Temple” (no points awarded for creativity there). Expecting to find riches beyond her imagination, Ayumi instead finds herself caught in the eternal struggle between chaos and order.

At its core Blades of Time is a surprisingly competent hack-and-slash action game. The combat is incredibly responsive and the combos to trigger special abilities are rather intuitive. As you progress through the game, you get to choose from a set of abilities to unlock. These combos and passive abilities give you access to powerful elemental attacks. Using these abilities in quick succession is incredibly satisfying allowing you to reap destruction on a group of enemies. All of this, however, is just dressing for the “Time Rewind” mechanic which ties the entire game together.

Given the power of chaos, Ayumi obtains the ability to rewind time. This is not your pedestrian time rewind mechanic popularized by such games as Prince of Persia; Blades of Time brings your character into the past to fight alongside your previous self. If you rewind time multiple times, you can create multiple copies of yourself, all performing the actions you did before you rewound time. This can create awesome scenarios where you have a brigade of Ayumis firing bullets at a wave of enemies or a group of Ayumis slashing, freezing and burning enemies to death. When time rewind is used effectively and the mechanics come together, these are the most amazing moments of the game. Unfortunately, that is not always the case. One of the biggest problems with the time rewind is learning when to use it and how to use it properly. When you rewind time, the enemies will still react to you and attack you regardless of what your past self is doing. This can cause several scenarios where your past self is swinging at nothing but thin air, which is a pain in the ass if you are attempting to attack the same enemy. To do it correctly requires careful planning and positioning. Fortunately, when you fire your gun at an enemy and rewind time, your past self will continue to shoot at the correct target regardless if it deviates from where it was.

Throughout the game there are a variety of inventive ways of using the time rewind in a combination of your abilities in order to solve puzzles and to beat bosses. While I was apprehensive that it may become a repetitive set of actions you can perform with the same mechanic, Gaijin Entertainment managed to continually throw in new scenarios while reinforcing lessons you learned previously, allowing you to flawlessly execute a boss or large group of enemies. When all of your actions flow seamlessly with the time mechanic, you feel incredibly empowered.

The variety in the use of the Time Rewind ability does not just apply to combat. There are many levels that are designed around using time manipulation that give a fresh new approach to using the ability. I was quite surprised to find myself enjoying most of these puzzles and while they’re not on the same level as a game that’s dedicated to puzzle mechanics (e.g. Portal), it does a damn good job at keeping the experience engaging and providing breaks between combat sequences. Aside from customizing your character by choosing specific special abilities, there is the treasure finding mechanic. Ayumi has a compass that has two arrows: one that tracks the current objective and one that points to nearby treasure chests. These chests contain weapons and items you may equip that passively enhance your character’s abilities. Not only do these allow for single player customization, the items you find carry over to co-op allowing you to customize your multiplayer character load-out. If you missed out on finding an item in the main campaign, you can always go back to those levels in the chapter select and collect them. This gives us hoarder gamers plenty of incentive to comb back through the game.

The cooperative component of Blades of Time is basically a DOTA style match where two teams are pitted against each other with waves of NPCs on either side attempting to destroy the opponent’s towers; the team that loses all of their towers loses the match. Whenever you level up and spawn in, you may choose more abilities for your character which are directly from the single-player game. The only difference is that there is no time rewind in online play. The treasure mechanic even carries over into the multiplayer allowing you to collect ingredients in order to complete a recipe granting you a new items for your competitive load-out.

While some fun can be found in attempting to collect all of the various components in order to build your collection of items and character skins, the online component of Blades of Time can become pretty repetitive. With only a handful of maps to choose from and only one game type, all of the variety in the game quickly vanishes. Unless you are a hardcore completionist, multiplayer probably won’t have much of a draw and I can hardly say that it was ever the focus of the game.

Blades of Time, even with its campy dialog (good fucking god is it awkward) and bland writing still has a fun quality at its core. I found myself immersed in the combat and time mechanic while being drawn toward the treasure collecting and puzzle sequences. While the co-op is pretty mediocre, the single player campaign was quite enjoyable and I can absolutely recommend the game to fans of the genre. With the reduced retail price, which is currently $40, it might be a little more than what you’re willing to pay for a relatively fun romp-around title, but if you’re in the least interested, rent the game and you may find yourself pleasantly surprised.