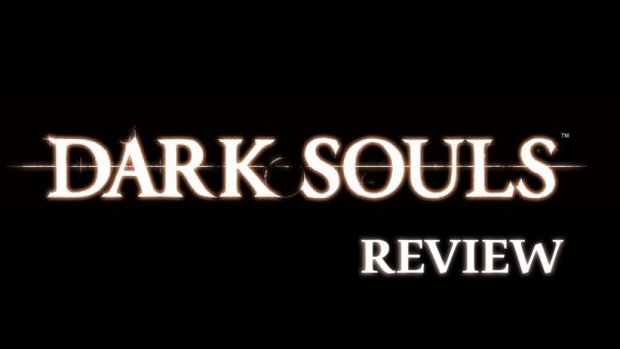 It's 2 AM and I'm ass deep in sewage frantically fighting off giant frog-like freaks of nature that are constantly threatening to put an extremely detrimental and pain-in-the-ass to remove curse on me. In addition, I'm carrying an inordinate amount of souls and humanity which could all vanish into thin air at the slightest mistake with absolutely no idea which direction I should head to find the closest bonfire. It is moments like these that Dark Souls excels at: heart pounding, adrenaline laced, sweat inducing moments. Dark Souls, at its heart, is a very brutal hack-and-slash RPG based in an extremely dark world. Like its spiritual predecessor, Demon's Souls, it is well known for how punishing it can be. Player's are challenged with mastering the tight combat controls, traversing treacherous terrain and overcoming cunning enemies. The game favors a high risk to reward design and excels at creating scenarios where you constantly fear for your life and are elated when you accomplish the smallest of tasks. It is certainly not a game for the feint of heart casual crowd.

At first glance, Dark Souls looks extremely similar to Demon's Souls and at the core, the two games are almost exactly the same. The combat, stats, multiplayer and many other features are carbon copies. Anyone who is familiar with the mechanics of Demon's Souls will find themselves immediately at home. Despite these similarities, Dark Souls is very much its own complete experience and absolutely does not require someone to play its predecessor to get the most out of it. There are, however, a few key differences between the two games that I believe actually makes Dark Souls the superior experience.

One of the biggest changes between the two games hinges on the fact that Dark Souls has an open world. In Demon's Souls there was a central hub, The Nexus, where the player did all of their equipment and stat upgrading and management. From this hub, the player could choose to enter any of 5 linear worlds in order to gain souls, equipment and down bosses in order to progress the game. Dark Souls only gives the player a basic objective (ring a bell) and lets them loose on the world. Not all of the zones are open to the player in the very beginning, be they barred by locked doors or more commonly monsters that will rip your spine out of your colon. However, as you progress through the game you will open up shortcuts that will allow you to bypass a lot of the more inconvenient sections. Because Dark Souls has an open world, a localize hub becomes less convenient as the player may be somewhere deep inside of a castle or dungeon for a good portion of the game. With this in mind, From Software introduced the concepts of bonfires. Bonfires are basically check points in the game that allow you to save your progress, level up, repair armor, etc. They are strategically placed throughout the world to allow you to continually progress further and further into these zones. If you die, you will immediately return to the last bonfire you lit. I enjoyed the addition of bonfires as they allowed me to spend more of my time out in these gorgeous environments rather than having to constantly travel back to the same hub to perform character maintenance.

Spending more time out in the world due to the aid of bonfires, I was able to get a better sense of place and really enjoy the richly designed levels. From the highest vantage points, you are able to look over the entire landscape and see how all of the various zones interconnect. Standing in a heavily wooded forest, gazing over a deep chasm at a keep, I experienced a jolt of recognition with these large landmarks helping to orient me after winding through a maze. There were many "Ahah!" moments for me when I unlocked a shortcut and realized where it lead to. Overall, the decision to open up the world and interconnect all of the zones gives a more cohesive sense to the environment as opposed to the disjointed archways in Demon's Souls.

Another change that Dark Souls made from its predecessor was with the crafting system. In Demon's Souls you could upgrade weapons in relatively limited ways. In Dark Souls it is very easy to upgrade your basic weapons in addition to a whole slew of different upgrade paths that you may choose in order to further tailor the weapon to your tastes. Not only did the weapon enhancement system improve, you can also upgrade your armor. In its predecessor, armor was very much unimportant as you just got the best set for your build and completely ignored it from there on out. In Dark Souls, making sure you have upgraded armor and are wearing the appropriate pieces for the given situation (strong magical resistances, or lower encumbrances) can greatly improve your chances or surviving. It may seem a bit strange hearing this, but I believe that Dark Souls is a more forgiving game compared to Demon's Souls. I am not saying that it is easier, only that it is more convenient in certain aspects and helps you from preventing some very detrimental mistakes. For one, there were these crystal geckos in Demon's Souls that when killed would drop the various stones you needed to upgrade your weapons with. The number of these geckos was greatly limited and if they managed to escape (they were fucking fast) then you would lose one off of the total number of geckos that spawned. This is not the case, however, in Dark Souls; if they escape, you still have a chance to kill them later.

Another aspect that makes Dark Souls more forgiving is the bonfires. Being able to repair your equipment, upgrade your equipment, store items and level up at any of these bonfires makes it less likely that you'll be walking around with a large chunk of souls. For those of you who are unaware, souls are your only currency in the game for increasing stats, repairing/buying and upgrading items; they are also lost upon death. If you are barely able to manage in a given area, it only takes a couple short trips back to the bonfire before you've leveled up enough to take on these new foes. In addition, having Estus flasks (the healing tonics of Dark Souls) and spell charges get refilled when you use these bonfires, you're very unlikely to get into a situation where you are left entirely helpless. I'm not saying that you can't fuck yourself over in Dark Souls as Jack certainly has proven it is possible, but you have to at least make an effort at it. There were also certain NPC driven decisions that can make your life entirely fucking miserable in Demon's Souls that do exist in some form in Dark Souls but are possible to recover from. I really can't say more without spoiling the experience so I'll leave it at that. Dark Souls may be fucking hard compared to Demon's Souls but it is certainly not unfair.

The online component that was found in Demon's Souls is present in Dark Souls and has been improved upon. Players can see spectral versions of other players flitting in and out of the world and can leave messages warning others of danger or pointing out hidden treasure. When players are in human form, they can be invaded by enemy players and in certain zones there are even NPC black phantom invaders. In addition, there are now covenants that when joined give players access to new equipment and abilities. The covenants also provide a flavor to the PvP aspects of the game, charging players with killing others that have broken their covenants, invaded the forest or some other criteria based on the specific covenant you belong to. While up to this point, it may seem that I've been glowing about the game and yes, I have. It is a very well crafted tense experience that has made many improvements on an already amazing experience of its predecessor. Dark Souls, however, is not without its problems, but almost all of these issues lie in technical performance. While I played the game on both the XBox 360 and the PS3, I dedicated most of my time to the PS3. I could not visually distinguish any major differences between the games, but there were moments when the frame-rates dropped like a dress on prom night. It only really got bad and incredibly noticeable in one location; when I entered The Depths and was fighting the undead with torches, everything went slow motion. The game was still responding to my input, but everything was greatly slowed down in about a 10 to 20 foot square section on the stairs.

There were also situations in an area called Blighttown where my camera would get lost in the numerous scaffolds that littered the zone. When locked onto a large, club wielding, festering horror which can poison you, having your screen go entirely black because the camera has discovered its love of clipping inside objects, it can become very difficult to not die. It did not necessarily break the game as I had to then treat that location as a very dangerous spot and attempt to lure the enemy away from it. A lot of these technical problems, however, are things that can hopefully be improved in a patch later on, but we won't credit From Software for that until it actually happens.

Dark Souls is a very deep game. There are many aspects of it that I haven't even gotten a chance to touch on yet. I haven't even finished the game yet and I'm 40+ hours in and have cleared almost every zone save for a handful. Given the amount of content that is provided, I can easily see myself spending another 20-40 hours just exploring the world, unlocking the best items and digging into the PvP. I still fully intend on finishing the game in the next couple days, but in the interest of letting everyone know what a fucking amazing experience this is, we opted to jump the gun a little and get this out early. If you've played Demon's Souls, enjoyed it and haven't bought Dark Souls yet, then what the hell is the matter with you? If you've never played Demon's Souls and have the patience to learn from your mistakes and become a god among men, I cannot emphasize enough how amazing Dark Souls is.