Check Out the First Official Trailer for 'Far Cry 5' [UPDATE]

Published by Nick Henderson on May 26, 2017
Latest Podcasts 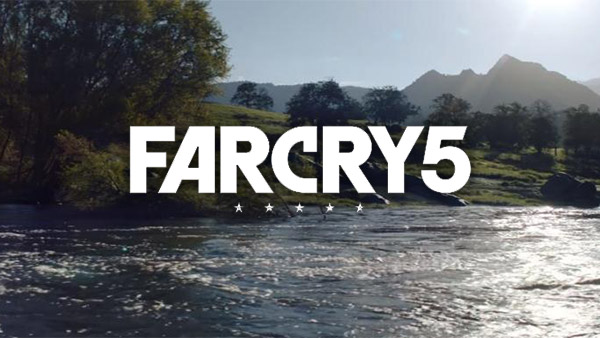 [Update - 5/26/2017] Ubisoft pulled back the veil on the new Far Cry this morning with the official announcement trailer for the game. As promised, the game takes place in modern day Montana and pits the hero (and the resistance) against a religious cult/militia that is threatening to put down roots in Hope County. It's not the western I was hoping for but it is definitely an inspired choice and my anticipation for the game has not waivered.

In fact, the game feels more like actual commentary on our current political climate which I consider a bold (but welcome) move. In a lot of ways, I felt like I was watching a trailer for a new Grand Theft Auto. The surprise twist is that the game is slated for release in February of 2018 instead of the expected November release date it usually shoots for. I guess they are putting all of their eggs in the Assassin's Creed basket (at least I hope they are at this point...) for Holiday sales.

Let us know what you think in the comments below!

[Original Post] After weeks of speculation surrounding the inevitable Ubisoft announcements of both Far Cry 5 and Assassin's Creed, Ubisoft is preparing to pull back the curtain. With the full reveal to come this Friday (May 26th), Ubisoft has released a collection of short teasers (that collectively make up the teaser seen above) and confirmed that the game does indeed take place in Montana as recent rumors have suggested. In fact, we now know that the game takes place in a place called 'Hope County' and it at least appears to be set in modern or semi-modern day. The last but most notable tease for me comes in the form of the music that plays out the trailer at the end which strikes a very distinct western tone.

As someone who has been a huge fan of this series since Far Cry 2, I have loved the series ability to experiment dramatically with the setting from game to game. In fact, last year's Far Cry Primal which took place during prehistoric times may actually be my favorite entry in the series. For that exact reason, I am quite excited to see what they are going for with this new game. The series has taken players to the most exotic corners of the world but it has never tackled something as familiar as the American mid-west. Based on the teaser alone, I can already tell this game is going to have a distinct tone that differs from previous games. I am a little disappointed that it is not going full western on us but I can also appreciate their desire to try something unexpected and what is Montana if not unexpected in a Far Cry game. I just hope there are some gameplay innovations to go along with this exciting new backdrop. (If for no other reason than to satisfy the vocal critics who come out of the woodwork every year)