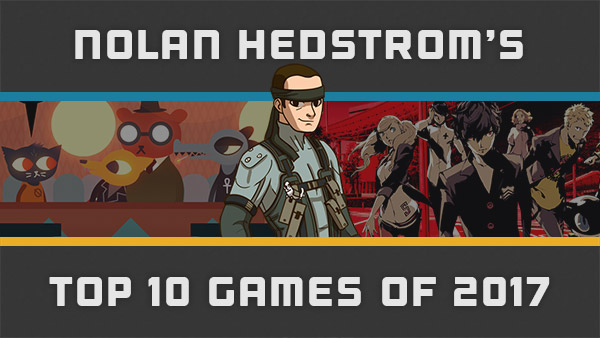 The Game of the Year train keeps on rollin... with Nolan! Today's video features Nolan's 10 favorite games of 2017 which I hear was a very difficult list to sort out. To say that 2017 was an above average year in the world of video games would be a bit of understatement. You may even be shocked by some of the games that DIDN'T make Nolan's list! You'll have to watch to find out!

Check back tomorrow for another video featuring the Top 10 of another member of the staff! In the meantime, Nolan would love to hear from you about his list so drop us a comment below, reach out in Discord, or shoot him a tweet (@InfamousNolan) directly to chat about his choices!