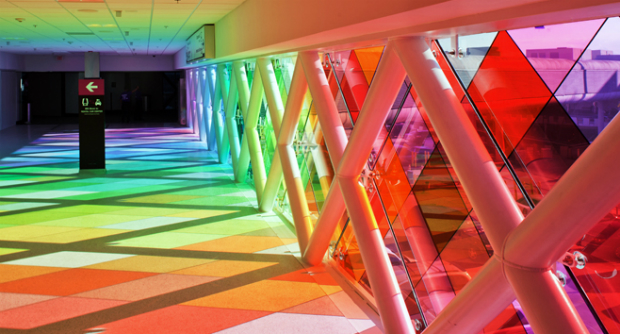 Between a father hacking Donkey Kong for his daughter to switch in-game gender roles and gamers being encouraged to take advantage of mod kits, reappropriating and repurposing existing games to create new content plays a fascinating role in forming a gaming literacy. I was very lucky to be able to watch artists Toca Loca perform a brilliantly choreographed live Halo Ballet and talented duo foci + loci explore the construction of a surreal audiovisual time and space using the LittleBigPlanet engine in Toronto's Vector: Game + Art Convergence Festival a few weeks ago. Art-game developers have known for quite some time that user-generated content is becoming a genre of its own and in my second piece of this feature, I want to explore the action of hacking and modding as a mode of gaming resistance that actually celebrates art.

A quick, working definition of reappropriation is when a cultural group takes an object out of a context that is used to denigrate them and then re-claim (hence re-appropriate) that object as a new form of group identification. What does this have to do with hacking and modding video games? Well, the context in which most games are made is to appeal to an audience whether for commercial intentions (i.e. AAA titles) or free entertainment (i.e. online flash games). The art of reappropriation flourishes when the audience takes the commercial value away from existing games and then hacks and/or modifies the products to serve an entirely new purpose. Hours of watching Skyrim and Half-Life mods on YouTube will show that the audience has created a mutiny against consumer-based developers to make products mean something else to them, even if the modification is watching a digitized late Randy “Macho Man” Savage become a fire-breathing dragon.

Hacking has a bad rap. It’s an unsanctioned practice that is often associated with scandals or system failures that can cost companies millions of dollars and results in a desperate faith in their PR team. However, without it we wouldn’t have gems in the gaming world that can be defined as art. In essence, hacking is transgressive and breaks away from what we’re being told we should enjoy or purchase. Modding has a more positive connotation because it mostly comes from game engines that have created mod kits or have issued limited rights to players for building-in-a-sandbox type of fun. Regardless, bad rap or good, both practices turn the passive gamer into an active participant of gaming culture and breaks away from a corporate/consumer narrative.

So when a dad hacks a game for his daughter or gamers modify Halo to allow their in-game characters to synch with an orchestra, the result is a social or artistic statement against the gaming products that have been presented to us thus far. My questions are: Are these unsanctioned practices troubling to you? Would you modify or hack a video game to create your own experience, and if yes, which one(s) and why? If no, well, why the hell not?